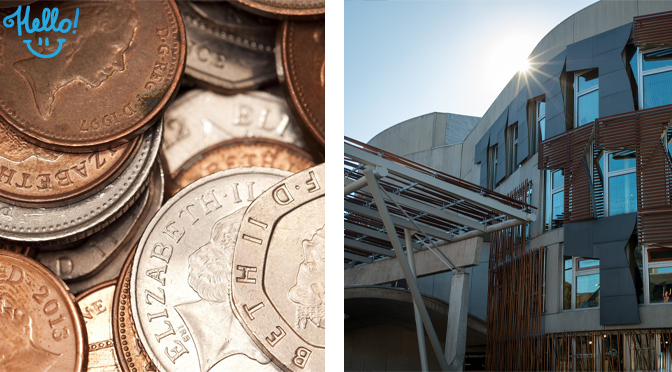 Massive changes to the income tax rates for 2018/19 have been announced by Scotland’s Finance Secretary, but how will these affect Scottish taxpayers and their employers, not just in Scotland but all over the UK. Read on to find out more.

More or less tax? Scotland’s Finance Secretary previously declared he would cut the tax bill for more than 50% of Scottish taxpayers by creating two new income tax rates. Sounds great, right? However, it’s estimated that those earning over £33,000 per year will help bring in an extra £164 million in tax for 2018/19.

What are the new rates? They’re ceratinly not as straight forwrad as the old rates. The table below illustrates the new Scottish income tax rates for 2018/19:

Changes to tax codes when moving within the UK. If a Scottish employee moves to another part of the UK they can lose theire Scottish tax payer status at any time. Similarly, if a non-Scottish taxpayer moves to within Scotland then they will gain the Scottish tax code prefix and pay tax at the rates detailed above. If this happens part way through a tax year then the change of status will be applicable for the whole years tax, even if it happens right at the end of the tax year. When HMRC are informed of a change in status, it will either withdraw or issue the “S” prefix. If this results in a refund of tax for the individual, then this will be made as through the PAYE system.

For employers. Your payroll software should work out the tax for employees with the “S” prefix, but it’s now more than important than ever to keep employees’ addresses up to date on your system so HMRC can determine if an “S” prefix is required or needs removed from an employee’s tax code.

In summary, Scottish taxpayers will unfortunately pay more tax than our neighbours in the rest of the United Kingdom. It will affect all employees, lower earners may find they are better off but for higher earners, it’s likely you will be one of those contributing to the extra £164 million.

Confused? For more information on how the new changes will affect you, please contact us at enquiries@helloaccountancy.co.uk.

This website uses cookies to improve your experience while you navigate through the website. Out of these, the cookies that are categorized as necessary are stored on your browser as they are essential for the working of basic functionalities of the website. We also use third-party cookies that help us analyze and understand how you use this website. These cookies will be stored in your browser only with your consent. You also have the option to opt-out of these cookies. But opting out of some of these cookies may affect your browsing experience.
Necessary Always Enabled

Any cookies that may not be particularly necessary for the website to function and is used specifically to collect user personal data via analytics, ads, other embedded contents are termed as non-necessary cookies. It is mandatory to procure user consent prior to running these cookies on your website.